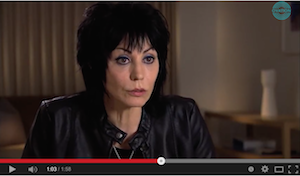 Ovation, America’s only arts network, continues its new season of the hit original series SONG BY SONG with the premiere of Song by Song: Blondie on Tuesday, November 11th at 10PM ET. The documentary music series will focus on the iconic band, currently celebrating its 40th Anniversary.

In the series, four of Blondie’s biggest chart-topping hits will be highlighted, and episodes will include in-depth and behind-the-scenes insights from Debbie Harry, Chris Stein and Clem Burke of Blondie, as well as interviews with fellow music icons Iggy Pop and Joan Jett and NYC downtown legend Miss Guy. Viewers will also hear from hot new music acts like Betty Who and Los Rakas who have been influenced by Blondie’s trend-setting style and cutting-edge sound.

Here is the lineup for each half-hour episode of Song by Song: Blondie:

“One Way Or Another” – Premiering November 11th at 10PM ET. The anthem ranked by Rolling Stone as one of the “500 Greatest Songs of All Time.”

“Rapture” – Premiering Tuesday, December 2nd at 10PM ET. The first song to feature rapping that went all the way to #1.

It looks like Joan will be in all of the episodes, so set your DVR accordingly. 🙂

Find Ovation in your area – http://www.ovationtv.com/zipcode/