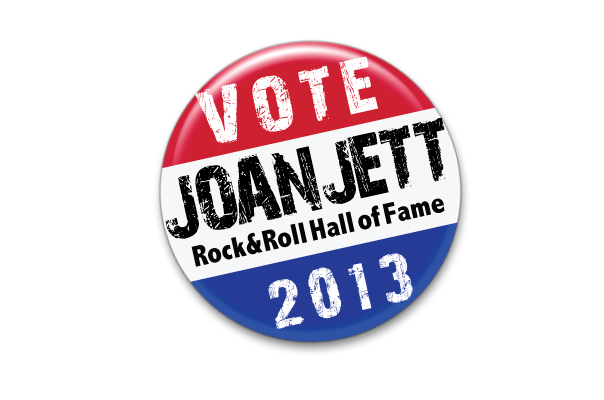 Voting ends December 3 for Rolling Stone’s fan ballot – help Joan Jett and the Blackhearts get into the 2013 Rock and Roll Hall of Fame!

The nominees for the 2013 Rock and Roll Hall of Fame are in, and, for the first time, fans get to vote alongside the artists, historians and music industry insiders of the Rock Hall voting body. From now until December 3rd, you can vote right here for the nominees you’d like to see inducted. Pick up to five acts – the top five vote-getters will comprise a “fan’s ballot” that will count as one of the more than 600 ballots that determine the Class of 2013. The results will be announced in mid-December.

The Blackhearts are currently in 4th place with 7.94% of the vote:

Rolling Stone will only let you vote ONCE — they must track by IP address, because clearing your cache and cookies won’t work. To get more votes for Joan, PLEASE post this link on all your message boards and social media sites, and encourage your friends to do the same! Feel free to borrow the “Vote Joan” badge below (designed by the talented Liz Cullen) – post it around and make it link to: http://www.rollingstone.com/music/news/vote-for-the-2013-rock-and-roll-hall-of-fame-inductees-20121004 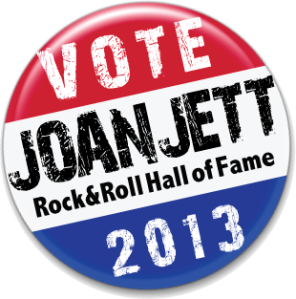 Vote for Joan Jett and the Blackhearts for the 2013 Rock and Roll Hall of Fame!