Joan Jett is in the October issue of GQ magazine as one of the “25 Sexiest Women in Rock.” Ryan Reynolds is on the cover, and it’s on sale now! The article starts on page 175, and Joan appears on page 182.

Joan at CBGB, June 7, 2006. From brooklynrocks.blogspot.com. 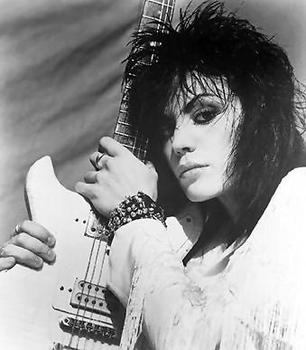 Copyright Anthony Saint James. Without the long, dark hair, there's nothing to distract you from her eyes. LOVE THIS.

And, finally, a pic taken TWO DAYS AGO…