Marq Torien, the lead singer of 1980’s-era hair metal band The Bulletboys, was born on September 22, just like Joan Jett. I’ve known this since around 1989 because I had a 36-month subscription to Metal Edge Magazine, and every year around this time, I would flip to the famous birthday section to see if they would publish Joan’s birthday. And every year, all I got was Marq Torien. I got my vindication in 2006 when Joan graced the cover of Metal Edge for a story on the Vans Warped Tour. Remembering this made me wonder: Who else shares Joan Jett’s birthday? Well, a f*ckton of people do, but here are a few that stood out to me:

Junko Tabei, a Japanese mountain climber who became the first woman to reach the top of Mount Everest on May 16, 1975, exactly 2 months and 20 days before Joan Jett formed The Runaways.
http://en.wikipedia.org/wiki/Junko_Tabei

More famous birthdays after the jump!

Michael Faraday (September 22, 1791 – August 25, 1867) was an English chemist and physicist whose research with conductors and DC electric current greatly contributed to the field of electromagnetism in physics, approximately 130 years before Joan Jett’s eyes were invented to accomplish the same thing.
http://en.wikipedia.org/wiki/Michael_Faraday 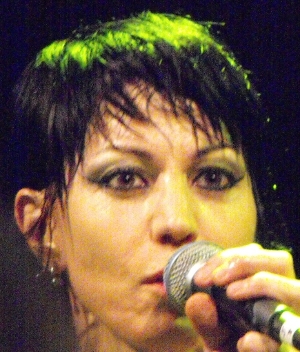 You find yourself drawn to me, don't you?

Harriet King, a US fencing champion. She was on the U.S. Olympic fencing team in 1960, 1964, 1968, and 1972, and was inducted into the US Fencing Hall of Fame sometime before 1978. (I couldn’t find an exact date for that.) We are still waiting for The Runaways and Joan Jett to be inducted into the Rock and Roll Hall of Fame! (Tapping my foot…)
http://usfencinghalloffame.com/index.php?option=com_content&task=view&id=77&Itemid=52

September 22nd is also nationally recognized in the United States as American Business Women’s Day. That is a huge coincidence, considering that Joan Jett is my favorite American business owner.